At Kennet Lodge’s meeting on Wednesday 26th October one of our members, Keith Chopping, celebrated his 50th anniversary of Freemasonry – to the day. He was presented with a certificate to mark this mile-stone by Nick Murzell, Past Assistant Grand Director of Ceremonies.

Keith was also accompanied by his brother David, who is a member of Sindlesham Lodge; which also meets at Sindlesham Masonic Centre, near Reading.

Prior to the presentation Nick summarised the last 50 years, both relating to Keith’s personal journey in Freemasonry, and what has happened in the world during those 50 years.

We’d all like to once again raise a glass to Keith for his ongoing commitment to Freemasonry, and his continuing energy and enthusiasm towards it.

Here’s the text of Nick presentation which is well worth a read:

This is what might be described as an auspicious occasion.   We are here to celebrate the 50th anniversary of the initiation into Freemasonry of one of the Past Masters of this Lodge, W Bro Keith Chopping.  In order to be able to celebrate such an event, he must have entered our order at a reasonably young age.  While not at the absolute minimum age, Keith was 26 when initiated, which means he is now still quite a young man in masonic terms.  I’m not going embarrass him by telling you how old he is, I leave that to your own mental arithmetic.    W Bro Keith, just in case there are any visitors here who do not know you, or any members who have forgotten you (!), would you please stand for a moment so that you can be identified.     Thank you, please sit back down for the moment.

Brethren, W Bro Keith was initiated into this Lodge on October 26th, 1966, precisely 50 years ago to this day.  When you consider the service given by someone over such a period, the changes seen by the person concerned are significant.  Before we look at that, let us first climb into our time machine and transport ourselves back to October 1966.

As we climb out of our time machine in Reading’s Friar Street, we have to be careful not to be run over the still running Trolley buses, not due to be phased out for another two years, the unique sound and smell of steam locomotives pulling trains at the nearby station are still there, though not for long, and if we study the cars passing us we see Ford Prefects, Morris Oxfords, Austin A30’s and, that new-fangled small car, the Morris Mini Minor, (as it was then called).  The Prime Minister is Harold Wilson, in his second year of office, having displaced the Conservatives in 1964, amid much inter-party bickering.  (That’s one thing that hasn’t changed!).   The queen has been on the throne for a mere fourteen years and her youngest child, Prince Edward, is only two years old.  Her eldest son, Prince Charles, is nearing the end of his school education and has yet to become the Prince of Wales.  Speaking of Wales, the coaltip disaster at Aberfan has just happened and everyone, old and young, is reeling at the tragic loss of life.   The money in our pockets is still pounds, shillings and pence and we are still five years away from going decimal with our coinage.   A pint of beer costs between two and three shillings (ten to fifteen pence in todays money) and twenty cigarettes cost about 3/6 (that is, seventeen and a half pence).  We are still five years away from entering the Common Market or European Economic Community, having tried to enter previously and been vetoed by the French!    The Americans are still three years away from landing their first men on the moon and the Russians and Americans, bristling with nuclear weapons, are facing each other down at the height of the cold war.  On a lighter note, we are in the middle of the swinging sixties, and the greatest invention of them all is in strong evidence wherever we look.  I refer, of course, to the mini-skirt.

So, Keith, the world, and this country in particular, was a very different place at the time that you entered freemasonry.  In those days, Grand Lodge, whenever asked questions by the media, always answered ‘No comment’ and there was still the perception amongst the public at large, that we were a ‘secret society’ and to some people, a sinister society as well.  I used the word ‘media’ just now but that consisted of just the press in its traditional sense, together with a very early version of television and radio journalism.  So the only people who understood freemasonry were those who were either related to members or were their close friends.  Most new members were either relatives or close friends of existing members.   Masonry in Reading was at that time based at the masonic centre in Greyfriars Road.  This centre, here at Sindlesham, had yet to be purchased and it would be 1969 before the Kennet Lodge, along with the others, would relocate here.  Masonic communication in those days was by post and telephone.   We were still thirty years away from the internet and email, in their earliest implementations, becoming available, and five more years away from them coming into common use in the world and staring to appear in masonry.  I am sure many of us can remember our Lodge Secretary sending out agendas and correspondence in envelopes addressed by hand.  Agendas in those days were printed by small professional printing companies, an industry which now has virtually died out.   Speaking of technology, Keith, you would have been a mason for between twenty and twenty-five years before the mobile telephone in its earliest version began to invade our lives.

So let’s get back to you, Keith Leonard Druce Chopping.  You were initiated into Masonry on October 26th 1966.  The ceremony was conducted by your father, W Bro Leonard William Chopping.  He was actually the Master at the time of your initiation so perhaps the timing was no co-incidence!  It is always special for both father and son when Dad initiates his son.  You were passed on February 22nd 1967 and raised a year later on February 28th 1968.  You progressed through the offices and you were installed into the Chair of this Lodge in September 1977.   Like so many of us, you served again in the Chair in 1995.  Records show that for a period, there were three generations of your family in the Lodge, with your father, yourself and your son, Phillip Keith Chopping, whom was initiated in 1992.  Sadly, your Dad passed to Grand Lodge Above in 2002 and your son is no longer a member, but for a period of about 10 years, this Lodge was a family affair for you.   Your brother, David, is a Past Master of the Sindlesham Lodge and it is a pleasure to see him here tonight to help you celebrate.  You also had an uncle who was a Past Master in Lodge 8293 and a cousin in New Zealand who was also a mason.  I note that you were Exalted into the Royal Arch in the Charles Nicholl Chapter No 7318 in 1997 and served in its three Chairs in 2004 to 2006.  On looking up that Chapter I note that there are a significant number of members of this Lodge who are also members of that Chapter.  It’s interesting that you were a Mason for 31 years before you took the step of being exalted into the Royal Arch but perhaps there is a story there.

Within the Lodge you served as Chaplain from 1999 until 2009.  More interestingly, you are known for your presentation at each Installation meeting of the traditional Address to the Brethren.  This is a special extension to the regular address and I understand it was laid down by one of the Lodge Founders, a W Bro Pugh, and has been in use ever since.  The Lodge has been granted a special dispensation to continue to use it.

Brethren, service to Lodges and to masonry is about commitment and involvement.   I think we have seen both those qualities in ample quantities in W Bro Keith.   As I mentioned earlier, in his fifty years as a Mason he has seen massive change both within and outside our Order.  In his slightly longer time in life he will have seen even greater change.  W Bro Keith we wish you many more years to continue that process.

And now, on behalf of the Province of Berkshire, I am delighted and privileged to present you with this Certificate, on behalf of the Right Worshipful Provincial Grand Master, to mark your fifty years in Masonry and in the Kennet Lodge in particular. 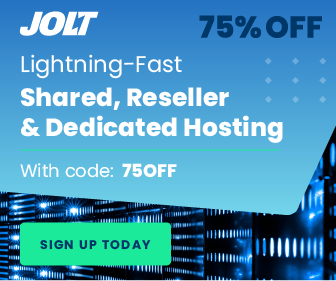